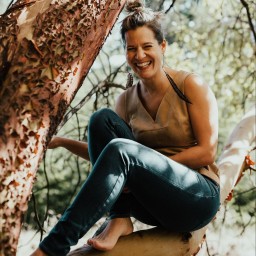 I remember when I first got divorced, a friend who had also been through a divorce told me that “all the firsts” were particularly painful. First holidays, first anniversaries, first birthdays etc. were a challenge and then, after a while, what was awkward becomes normal.

I’m reflecting on this idea now because what’s most poignant for me in the moment are my lasts.

As I sit in front of my fire pit in my back yard, watching the stars in the sky in between thoughts, I’m honoring my last summer in the mediation garden that I built last year. I’m listening to the lighted water feature that’s a few feet away, enchanted by the amber glow and the stream of water as it cascades down, knowing this will be the last evening I can claim that I own this thing of beauty.

This is my last evening as the owner of the house I currently call home. Tomorrow I become a renter for a month and then, I walk away to start my next adventure under a new roof.

This was the first house I purchased after my divorce. I bought it as a director for a global travel company when my life was corporate dialog and activity: fitting the “act of living” around the core of that existence.

I walked away from the title and the money just a bit over three years ago having no idea where life would take me.

I was listening to a podcast from Rob Bell called the Robcast recently. (The Robcast is my current version of church.) In this episode, Rob is talking about how we are given only the knowledge we can handle in the moment because, to know it all, would essentially short-circuit our ability to process.

As I reflect on the last five years of my life, I am comforted by this statement because it rings with truth.

If you had told me five years ago, that I would sell my beloved house (my former sanctuary), become divorced, quit my job, start a business that wasn’t successful (in conventional terms), rent a house filled with enormous spiders, be the victim of a home break-in, which prompted the purchase of my current sanctuary, to turn around almost four years later and sell that one, I’m not sure I would have been functional.

Add into that mix a dementia diagnosis for my mom, her transition into a nursing home, the decline of my father’s health (and his wealth to care for my mom), and the death of my beloved dog; well, you get the point. I think it’s fair to say it’s a damn good thing I didn’t know all of that was going to happen.

If I had, I might have shied away from taking the first step. The steps that also led me to myself; to my self love, my self confidence and my strength. The steps that took me to spend as much time with my family across the US as I could manage.

The steps that took me sky diving for the first time, prompted me to tattoo my mom’s handwriting on my body, carried me through a 10-day silent meditation retreat and brought me to a wildlife sanctuary in South Africa.

The steps that brought me some of the most amazing humans I’ve ever known who have rallied around me to form my “created” family. The steps that have showed my daughters, by example, that there is more than one way to move through this fast paced, technology-powered universe.

So yes, there’s been a lot. In all frankness, I wouldn’t trade a damn moment of it.

My resilience is one of the many gifts I discovered along this path.

So as I sit, for a final time as the owner of the fire pit upon which my feet rest as I type, with absolutely zero idea of where my daughters and I will live next; I’m humbled, grateful and curious about what the universe has in store for us.

I trust that it will be exactly what (and where) it’s supposed to be. I also trust, that in divine timing, I’ll have a better vision of the road ahead. Right now, I’m sticking with what I can see before me: the water, the fire and the stars.

Until we meet again,